With the increase in the number of tourists to Bordeaux (coming increasingly by cruise liner – around 50 come into the city’s port each year or since last July the TGV from Paris in just over 2 hours), the region’s wine châteaux have begun to open their doors (and kitchens) and offer a range of local foods in their sumptuous rooms and gardens. 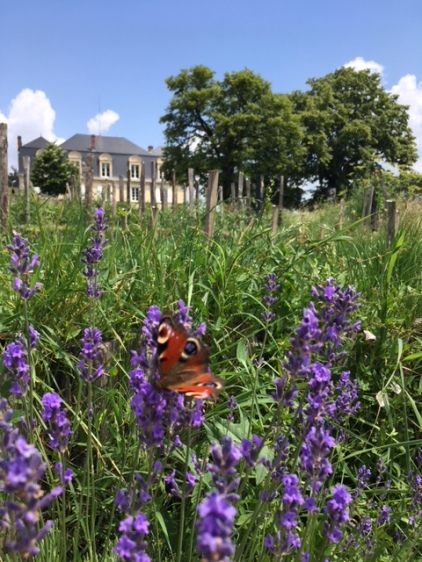 The newest, La Chapelle, is at the classified majestic château of Guiraud in Sauternes (about an hour south of the city of Bordeaux) in the region renowned for its sweet wine made by the magical ‘noble rot’. Bordeaux’s most successful restaurateur, Nicolas Lascombes, has chosen the sleepy little village of Sauternes for his latest opening, renovating the ancient chapel building into an airy modern restaurant with a few tables on the terrace too overlooking the château’s gardens and organic vineyards. As his other restaurants in Bordeaux and Cap Ferret (www.nicolaslascombes.fr) it is modern brasserie food using the local ingredients from named producers. 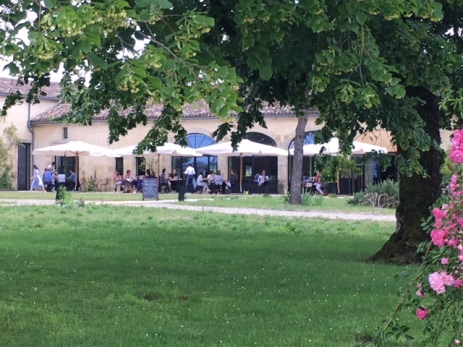 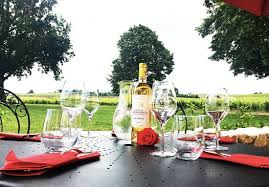 Not far away in the little appellation of Cérons, enjoy a simple picnic in the grounds of this 18th century Chartreuse owned and run by another dynamic woman Caroline and her husband Xavier Perromat. The local produce is accompanied here at Château de Cérons by the dry white and red and the rare sweet Cérons wine that only a handful of producers in this tiny appellation continue to produce. They also do a rotisserie option for 10 people upwards. 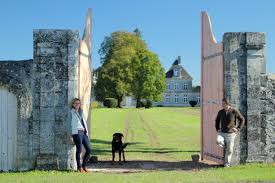 Picnics abound in the Medoc now (though as with all arrangements at wine châteaux need to reserve in advance); 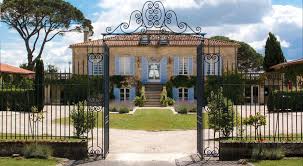 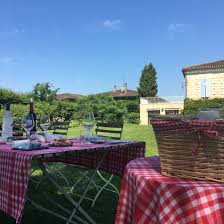 Château Le Crock, St Estephe (there is a drop in option too here) 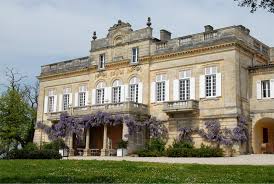 Château du Tertre, Grand Cru Classé, Margaux – also can organise a range of meals if you are a number of people.

For a proper gourmet meal in the Haut Medoc, you need to travel right up to the top past Pauillac to St Estephe and right on the Gironde Estuary is Château Phelan Segur. They have their own chef and you can dine in the splendour of the 18th century château as if in your own dining room family antiques and all. The also offer a fun harvest get-together lunch where you can share in the atmosphere of the exciting time (Sept/oct only). 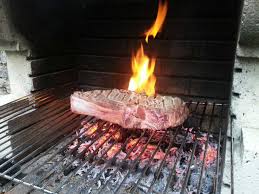 If there are ten of you, enjoy the region’s steak cooked over vine cuttings at Château Coutet just outside of St Emilion’s medieval village. It is the thirteenth and fourteenth generation of the same family that run this organic property, that has been remained organic from the beginning – a little valley that the world left behind with rare tulips and wild orchids that exist since roman times. 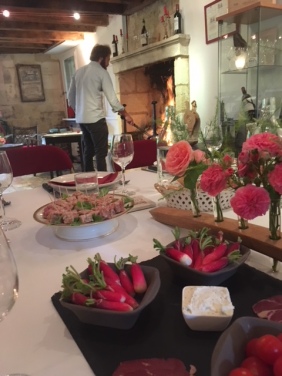 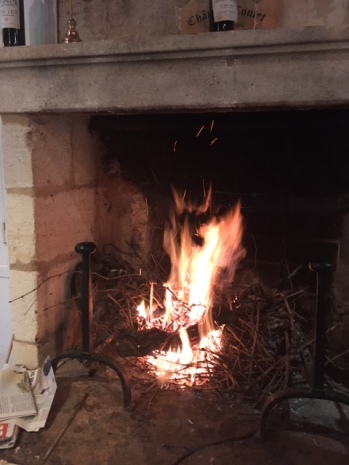