Come to Bordeaux in-between Christmas and new year in 2019 and enjoy a series of food and wine tasting sessions and cooking classes with your own chef!

Here is some text from my book about the region’s specialities to whet your appetite”Bordeaux Sip by Sip – getting to the heart of Bordeaux.”

The region’s forests, rivers, ocean and pastures, provide a varied and rich food shopping list for the Bordelais. ‘La cuisine bordelaise’ involves relatively simple preparation and cooking to preserve the food’s natural flavours and enhance Bordeaux’s famous wines. The food of a region develops over centuries in tune with the region’s wines. In addition, by-products from vine-growing and winemaking add colour and link its cuisine to the region’s history. 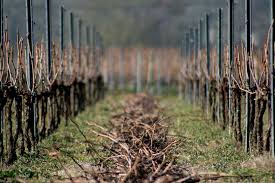 Vine-cuttings from pruning are collected, dried and used to barbeque meats ‘aux sarments’, infusing them with smoky flavours that match the oaky wines.

Entrecôte (T-bone steak) is the speciality cut in Bordeaux literally meaning ‘between the ribs’. It is often cooked ‘aux sarments’ and served simply with raw finely-cut shallots. The region’s own breed of beef is the tasty Bœuf de Bazas.

Any dish served ‘à la Bordelaise’ comes with a red wine sauce cooked with shallots and usually, bone marrow. Red wine is of course used extensively in a range of dishes including beef, crayfish ‘écrevisse’, veal liver and lamprey ‘lamproie’.

Bordeaux is not far from les Landes and the Périgord, the main areas of France’s foie gras production. The side products include the delicious duck breast ‘magret de canard’ and duck cooked in its own fat ‘confit de canard’. ‘Foie gras’ is enjoyed either with ‘noble rot’ sweet wine or a fruity, medium-bodied red made from Merlot such as a refined Saint-Emilion with medium acidity to cut through the richness.

The milk-fed lamb from the Médoc, ‘Agneau de Pauillac’ is another speciality of the region and has its own appellation. Its delicate flavours and fattiness are best appreciated with a glass of Pauillac, of course.

With the numerous forests, game birds and animals ‘gibier à plume et poil’ are traditionally seen on country menus. Wild duck ‘colvert’, wild pigeon ‘palombe’, hare ‘lièvre’ and roe deer ‘chevreuil’ are often cooked in ‘civet’, that is, in sauce made from their own blood and liver. Aged Pomerols match such dishes perfectly.

In the autumn, a range of mushrooms can be found in the forests of the Médoc including the popular ‘Cèpes’ (porcini) and  ‘boletus brun’. These mushrooms are served on their own or to accompany meat or poultry. A good year for mushrooms is not a good sign for a good year for wine though! Truffles from the nearby Dordogne region are well matched with fragrant Pomerol wines.

Meals often begin with a range of ham, ‘saucisson’ (salami) and other charcuterie pork specialities like ‘grattons’ (pulled pork or duck cooked in its own fat), ‘grénier médocain’ (very peppery brawn of tripe) and ‘tricandilles’ (grilled tripe of pork). A fruity Côte de Bourg goes well with a range of charcuterie.

The most famous soup of Bordeaux is the ‘tourin blanchi’ which starts the harvest festival celebrations. It is an onion soup flavoured with garlic mixed with egg and served on bread with a little vinaigrette.  Serve a powerful wine from Listrac-Médoc with this strongly flavoured dish.

Wild leeks can be found on pasture land. New garlic ‘l’aillet’ is used in omelettes, as a vinaigrette, or to accompany spring lamb. The rounded dense artichokes from Macau in the Médoc are popular with chefs in the region for their nuttiness and firm texture. Saint-Laurent in the Médoc and Blaye on the Right Bank are both famous for their large juicy white asparagus.  Beware, artichokes and asparagus can make red wines taste bitter and metallic. The best match is a white from Graves high in grassy Sauvignon Blanc but aromatic and rich to cope with the strong flavours of the dish.

Fish is very important in ‘la cuisine bordelaise’ with the Atlantic Ocean so nearby. Mullet, sardines, salmon, sea bass and dorade abound. Salted cod ‘morue’ was a traditional staple. Fish can be accompanied by a soft red wine such as a Côte de Castillon or a white from Côtes de Blaye or Graves.

Oysters from Arcachon (or further north from the Isle d’Oléron or Bay of the Marennes) are traditionally accompanied by grilled ‘crépinette’, small flat sausages encased in lace fat netting ‘la crépine’. Crab, prawns, oysters, langoustine, clams, winkles from the Atlantic Ocean nearby adorn overflowing seafood platters ‘plateau de fruits de mer’, a meal for special occasions. A fresh Entre-Deux-Mers white wine with its citrus notes is the best choice with oysters and seafood. Oak-aged white wines are too heavy.

Mussels prepared ‘à la bordelaise’ are similar to ‘moules marinières’ and are cooked with white wine but flavoured additionally with tomato. Try a glass of white wine with a little body such as a Côtes de Blaye (with perhaps a little Sémillon or Muscadelle in the blend) or if you prefer red, soft and fruity Côtes de Bourg made predominantly from Merlot.

The rivers are home to fish and eels that share their time between the sea and fresh water. Bordeaux’s rivers provide eels (the young are called ‘pibale’ ) and shad ‘alose’ which are cooked whole, on a bed of sorrel ‘l’oseille’ or cut in thick slices ‘darne’, grilled and served with ‘sauce bordelaise’ or with salt and pepper on their scales and cooked on vine cuttings. The lamprey, half fish/half eel is a traditional speciality and thrives in its rivers. It is cooked in red wine, leeks, and its own blood. A concentrated young Saint-Emilion with its rounded flavours makes a good match. ‘Caviar de l’esturgeon’ from the Sturgeon fish came originally from the rivers but now is produced in local fish farms.

The cheese course is an important part of most meals, as is a glass or two of red, to help the digestion, of course. (In fact white wine goes better than red with most cheeses). Cheese in France is enjoyed before dessert. There are very few dairy products from Bordeaux though and you will have to ask if you want butter to spread on your bread.

The cheese that is most linked with Bordeaux wine is the hard tasty ewe’s milk cheese (‘Brébis’) that goes well with the reds. It comes from the Pyrénées Mountains to the south of Bordeaux on the Spanish border. Historically the sheep came down the mountains in the winter to graze in the vineyards of the Gironde (transhumance).

The most famous patisserie of Bordeaux is the cannelé. This patisserie, unique to Bordeaux, is made from egg yolks left over from the fining process (see chapter 2). Flour, rum, sugar, vanilla and egg yolks are combined to make a type of custard that is put into a copper mould. It is cooked at high temperatures at first to caramelise the outside, and then in a cooler oven to ensure the custard is cooked through. It is enjoyed at breakfast, with a coffee or after a meal.

The Macaron of Saint-Emilion is made to a recipe created by the Ursaline nuns in 1620. The recipe calls for almond powder, sugar and egg whites.

Coffee is served without milk so if you want milk with your coffee, ask for a ‘petit’ or ‘grand crème’ (normally only served in France around breakfast time) or a ‘noisette’ for the equivalent to a macchiato (espresso with dash of milk). Served of course for breakfast with a ‘chocolatine’ (typically Bordelais known as ‘pain au chocolat’ elsewhere in France).