It has been the 2016 future’s week here in Bordeaux. The 2016 vintage is a great one. Overall the wines have body, rich ripe fruit, structure and freshness. There is some heterogenity depending on terroir’s ability to cope with the dry conditions. The best are already integrated, balanced with ripe fruit and freshness and elegant with very fine silky tannins.

2015 in comparision (yes we can’t avoid the comparison) are fruit bombs, sensual, rich and opulent. Easier to appreciate. Their appeal is immediate. 2016 is a vintage of connoisseurs, more secretive – intriguing. 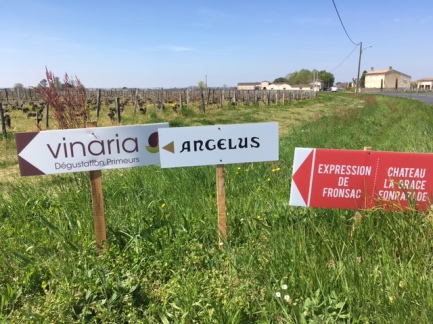 For a recap of the 2016 Bordeaux weather conditions during the growing season.

Ripe Fruit; Yes ripe fruit but not cooked, stewed or baked. No prunes or dried fig, just fresh black fruits with ‘tension’. Ripe, but not over-ripe with than crunchy freshness that the French call ‘croquant’ like when you bite into a black cherry that is sweet and ripe but still fresh.

Where does the freshness come from in the wines? 2016 was never classed as a heat wave as the temperatures dropped significantly at night during the autumn. This large diurnal difference gives the vines a break and helps to develop complexity of aromas, acidity levels and thins the skins helping them to ripen better. It was a very dry Summer more than a very hot one in fact (86 days without any rain!).

The tannins this year are fine – silky and add to the delicious length of the finish. Fe wines are over-extracted.

The very wet spring (perfect for frogs) filled water tables and gave the vines something to drink during the dry parched summer (perfect for lizards). Veraison was late as the vine’s metabolism was sluggish. Just enough rain came mid September to give the vines enough to drink to get to the finishing line – harvest. 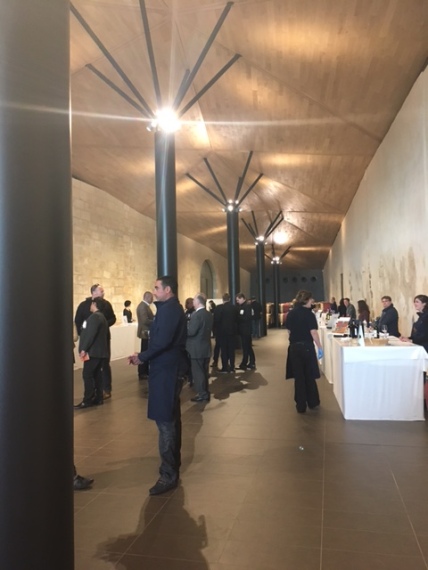 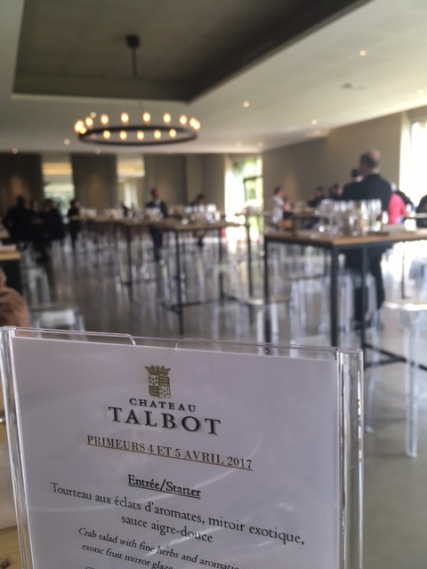 It was a late harvest (due to the lateish, slowish flowering) and the vines in order to cope with the severe heat in the summer slowed down their metabolism. Clever plants they are. So the late ripening Cabernet Sauvignon in the Medoc excelled. It loves the late summer rays and just keeps concentrating and building up richness of its blackcurrant fruit, cedar and mint. Merlot in the hot gravel soils of the Medoc can get over-cooked. (For sure, the Merlot here is always in the shadow of Cabernet Sauvignon and not in the best plots). So you will see this year up and down the Haut Medoc from Margaux up to Pauillac that the blend is universal; 70% Cabernet Sauvignon, 20% Merlot and the rest Cabernet Franc and the successful Petit Verdot which did very well this year.

But it is not just a Cabernet year. In the hot well drained soils of the Medoc, Cabernet did the best.

In the cooler humid soils of clay and limestone on the Right Bank, Merlot was the perfect choice. In many properties the level of Merlot was a record high (in comparison to Cabernet Franc). Petrus was 100% Merlot this year. Merlot did really well in the cool thick clay soils on the famous plateau of Pomerol and the fresh limestone of the St Emilion plateau. Both of these exemplary terroirs kept the Merlot roots cool and supplied with tiny amounts of moisture even during the extreme heat in the atmosphere. There was very little suffering even in the hot micro-climate of Pomerol where surface gravels accentuate the heat apart from the young vines of course whose roots have not had time to delve deep own and develop this type of resistance to the dry conditions.

But it is not a question of grape varieties. That is too simple a concept for Bordeaux. As David Suire, the winemaker (with Nicolas Thienpont) at Beausejour Duffau Lagarosse and Larcis Ducasse, states emphatically; “we don’t make wine out of grapes, we make wine from soils. The grape is more of a ‘translator’, a vector. When you have found the best for a particular terroir, you taste the terroir, if the choice is not the right one, you taste the grape variety. 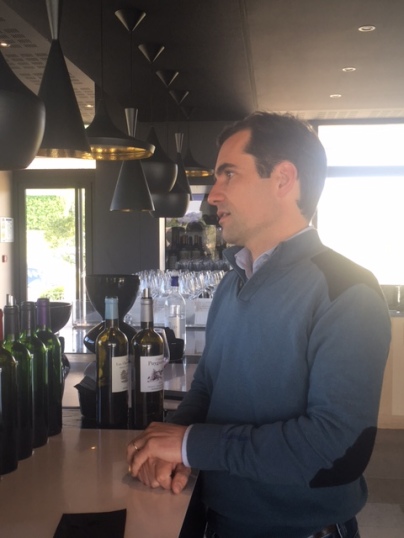 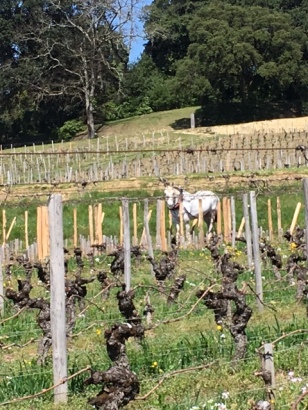 Ploughing horse is brought put for the show at Angelus 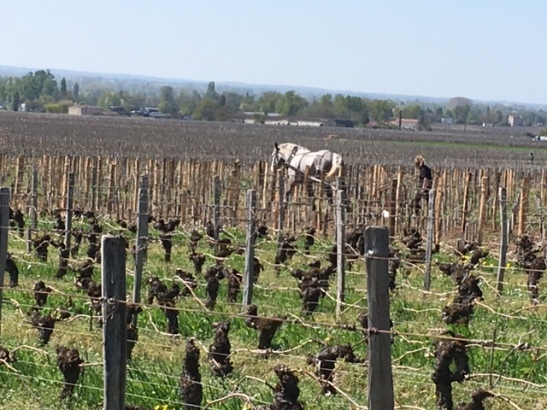 Heterogenity: so the terroir that could cope with the heat has shone through and those that couldn’t the vines slowed down to such an extent that ripeness became blocked. Another reason for heterogenity is the different winemaking styles. With the never-ending late summer/autumn that stretched past the middle of October, the winemaker had a ‘carte blanche’ and could pick when he/she wanted. Some of course went to far, extracted too much and used too much oak to make ‘blockbuster’ jammy wine and missed the identity of 2016 – a purity of fruit combined with tension – class in a glass!

We are in Bordeaux ‘on the edge of wine production’. 2016 gave winemakers the opportunity just to deliver what nature gave this year ‘finesse’, not to mell and over-ride with ideas of show-off power. Fortunately there are fewer of this style of winemaker than ever before as the Parker obsession seems to be over. As the Bordeaux winemaker (big and small) gets back in touch with the vine and the soil it lives in and begins to understand wine-making from the roots upwards, they are more in touch with the essence of what makes a good wine, and that is the grapes not the wine-making techniques.

This leads on to the last important factor that added to the success of this year. The precision of the fruit. The moment when each plot is picked. Each plot is different you see and the ‘good’ winemaker throughout the year has been enabling the vine to express these differences, like different children in the same family. Picked separately at the precise perfect moment of ripeness, when the freshness is still there and balances the sweet fruit flavours. The wine is cajoled during its making, encouraging it to express itself further and then  finally blended together in precise proportions to make the most complex wine with lots of nuances of expression. Never before has Bordeaux produced wines with such precision across the range from Haut Médoc classified to Cru Bourgeois Moulis and Listrac, from St Emilion Grand Cru to Fronsac, Côtes de Bourg and Blaye.

Here are my personal opinions about the wines tasted on the Left Bank; Margaux, St Julien, Pauillac, St Estephe and Right Bank; Pomerol and Saint Emilion. I also tasted Sauternes and Barsacs. I attended the UGC tastings which are an efficient way of tasting comparatively a range of wines from the same area. Unfortunately this seems to be dying as most clients prefer to be wined and dined at the châteaux themselves and many properties are opting out of these group tastings organised by the UGC in a different host château each year.

I will report my favorite wines tasted shortly!

The Sweet Wines 2016: there seem to be two camps, one heavier with more preserved fruit and one more aromatic, fresher and racier with more citrus, manderine notes and fresh pineapple – more’aerien’. It depended on when they picked the majority of the grapes.